The link between recklessness inside & outside of mines

I read with interest the article published on Friday, 26th February 2016, by Miningmx.com, referring to the Implats CEO, Terance Goodlace’s, take on the link between safety in South African mines and the risk-taking psyche of the average South African.  He further links it to a “growing social disobedience” which, according to…

Societies that have abundant non-renewable natural resources may transform such natural capital into other types of capital (e.g. human, produced, infrastructure) through different channels. For governments that manage natural wealth, the substitution of one type of capital -which depletes as it is exploited- for other sustainable capitals is a public policy challenge. One of the channels of transformation is the creation of forward and backward productive linkages between the extractive…

What makes community engagement meaningful in the extractive industries?

Getting community engagement right – making sure it is ‘meaningful’ – is critical to the social licence to operate for oil, gas and mining projects. Government and industry responsibilities in this respect are equally important.

Emeka'Wokoro, (2010)[1] identified three principal parties to Oil and Gas resource extraction; the host government that owns the resources and formulate the fiscal and regulatory regimes; the international oil companies (IOCs) that contribute their capital, technology, and expertise in return for a reasonable return on their investment; and the host communities or regions that may lay claim to the resource and have high…

Mining Governance: In the Eyes of 2016 Graduates

Let's put ourselves in the shoes of 2016 graduates from universities and postgraduate schools either abroad or domestic alike.  All graduates have invested their energy, time, and money to attempt to learn everything that would equip them to become good professionals and public servants. Here I would like to talk about the ones who are dreaming to become the best public servant in Mongolia's mining governance.  These are the ones who disliked the naming of their…

Can EITI make a difference in Angola?

More than a year has passed since the creation of an inter-ministerial working group to evaluate the possibility of Angola joining EITI (‘working group’), and there is still no information on what the outcome of this evaluation is, or whether a decision has been reached.

Why should the World Bank support Free, Prior and Informed Consent? Their report explains.

New World Bank report calls for Free, Prior, and Informed Consent (FPIC) in the midst of ongoing World Bank consultations on its own safeguards.

All of Lake Malawi and part of Malawi’s land including the Shire River Basin have been divided into six blocks for exploration of oil and gas. Between 2012 and 2014, the Government of Malawi issued six petroleum exploration licences.

On 29 January 2016, the Responsible Ecosystems Sourcing Platform (RESP) published a report that provides insight into the main challenges hindering the setting of a common and collaborative framework to advance the environmental and social responsibility agenda of the coloured gems industry, and uncovers potential areas where convergence on the priorities of these challenges can be found in order to contribute to identifying a clear path towards a collaborative framework.

"One of the most welcome improvements of the recently released Sustainable…

How much deeper can Zambia dig?

What reserves can a country with a huge mining and minerals industry do to shelter itself from the global commodity downturn?

Adam Smith International speaks exclusively to the director of the Mines Development Department (MDD), in the Ministry of Mines and Minerals Department in Zambia, about how the government is addressing the global crisis.

Does the mining sector still see itself as a major player…

Myanmar's central government collects much of the billions of dollars generated by oil, gas, …

The sustainable development of oil and gas resources requires policies, principles, and practices that support the utilization of resources in a manner that does not prevent future generations from benefiting from such resources. An overview…

Get a bird’s eye view: drones and satellites for improved extractives governance? 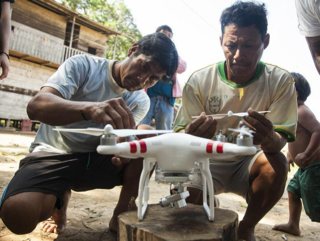 Walk into your local Apple Store, and you can leave with a Parrot. A Parrot drone that is. The range of drones on the market is proliferating, so you can pick up a number of species: prefer fixed-wing or copter?

The resource sector has entered into a new phase. Prolonged downswings in commodity prices, fuelled by (i) the double effect of slower demand from emerging markets like China and excess supply resulting from massive investments during boom years; (ii) the difficulty of developed markets to regain momentum and (iii) the tightening of financial markets are all threatening to turn what was not so long ago seen as tailwinds into headwinds, with even stronger swirls…

Challenge One: Integrating the EITI into government systems

In the first of a set of contributions, Clare Short reflects on her time as EITI Chair.

After five years working extensively with the EITI and visiting many countries that are using the EITI to help improve the management of their extractive industries, I conclude that the EITI has achieved a lot in recent years. But given that our aim…

What’s needed to help mining minnows get off the ground in Africa?

Take a look at a piece I co-authored with Dr Antonio Malfense Fierro ahead of the two Mining Indabas held this week. Comments and discussion welcome. 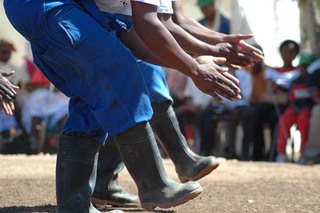 In the last few years, we have seen a growing rapprochement between extractive (oil, gas and mining for the purposes of this blog) companies and international development organizations. The World Bank, UNDP and IFC are implementing global extractive programs to identify poverty eradication solutions for resource-endowed countries. The UN Global Compact and EITI have been…