Achieving the goals of the Paris Agreement requires the world to adopt ‘green technologies’ such as renewable energies and electric transportation at an unprecedented scale. While many countries have implemented policies to spur the adoption of such technologies, a lack of focus has been placed on the sourcing of minerals that are required as inputs. As a result, there is likely to be a significant deficit that may constrain the adoption of green technologies.

Back on the Map – Renewed Appeal for Mining in Cote d'Ivoire

Cote d’Ivoire was mired in its share of Africa’s political conflicts which cost the country an entire decade. The once admired 'model of peace' was briefly written off by much of the developed world as a dysfunctional and unstable jurisdiction. Since 2011 however, with security reestablished, the central government is no longer absent from whole sections of the country and private investment is flooding back…

The article is available to download via link below (Paywalled, sadly)…

How the Jewellery Industry Can Address the Responsible Sourcing Issues Raised in the Human Rights Watch Report, 'The Hidden Cost of Jewelry' On the 8th of February 2018, Human Rights Watch released a report on how the jewellery industry is managing human rights abuse risks in its gold and diamond supply chains. The gold and… By Jasmin Blessing and Sarah Daitch 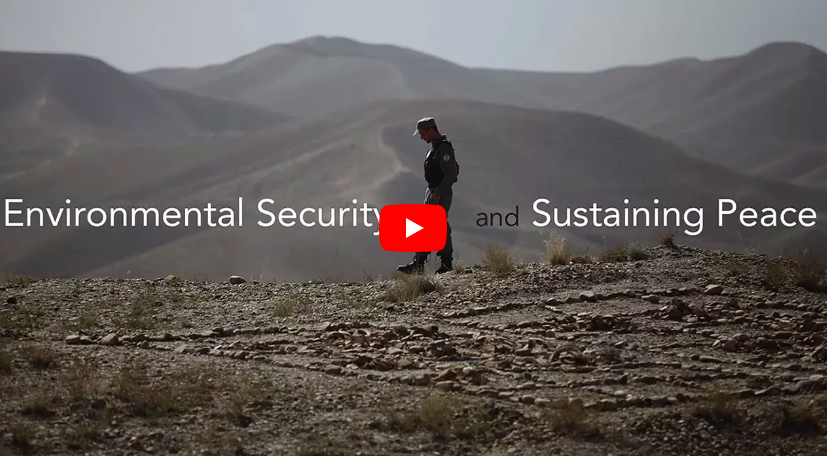 UN Environment has teamed up with the Environmental Law Institute, the Earth Institute at Columbia University, Duke University, and the University of California at Irvine and United Nations Development Programme to develop a groundbreaking new massive open…

Minerals in the Green Economy: Solar panels and lithium-ion batteries

The growth of solar photovoltaics

To meet ambitious national and international emissions reduction targets like the Paris Agreement, low-carbon technologies are essential. One of the most prominent technologies is solar photovoltaic (PV), which converts sunlight into electricity. Last year, solar PV became the fastest growing source of new energy,…

French oil giant Total is the latest company to make a policy statement in support of contract transparency in the extractive industries. This is the first policy statement of its kind by one of the so-called “supermajors”—the world’s largest publicly traded oil and gas companies.

Oil, gas and mining contracts agreed between companies and…

Day 2 of EITI Board meeting - Outcomes of Validation

Timor-Leste today joined Mongolia and the Philippines as the first countries having made satisfactory progress against the Standard. The Board also found Albania, Burkina Faso, and Kazakhstan to have made meaningful progress…

Mainstreaming is the future of EITI

The EITI Board made a groundbreaking decision today that will change how EITI implementation will look like in the coming years.

From EITI reports to systematic disclosures

The Board agreed to make systematic disclosures of extractives data through government and company systems the default expectation from countries. This means that instead of producing annual…

Analysis of the 2018 monetary policy statement: a focus on mineral export incentives

A NGO’s View of the ESDM Performance

The article is originally featured in the Coal Asia Magazine, January 25 – February 25, 2018

Many mining industry related seminars and publications provide the miners outlook on the Indonesian exploration and mining sector. Newspapers and mass media sometimes follow some popular trend, often just to boost their own ratings. A recent NGO seminar provided…

Congo seeks more from her minerals; companies up in arms

For so many years, the people of the mineral endowed Republic of Congo have demanded reforms in the country’s mining code. Similar to existent laws in a number of mineral rich countries in Africa, the 2002 Congo code offered laxities for purposes of attracting investors at a time when the country was faced with high levels of insecurity.

A decade and six years down the road, the…

An Ear To The Ground: Artisanal Gold Mining In The New Dispensation

Publish What You Pay (PWYP) Indonesia asks The Ministry of Energy and Mineral Resources to be cautious of the rise of coal prices in 2018 which is believed to keep soaring. This rise will lead to massive coal exploitation, while the government supervision and company compliance in some regions is still poor and need to be improved.

PWYP Indonesia’s mining governance researcher, Rizky Ananda stated that the industries will use the momentum of price increase to boost production. It’s…

Local Content on the Agenda at Mining Indaba in Cape Town

As part of our work with the World Bank's Extractives-led Local Economic Diversification Community of Practice (ELLED CoP), we have put together this handy schedule of events during this week's big Investing in African Mining Indaba in Cape Town, that touch on local content and other themes of ELLED.