Save the date and stay updated about…
Continue

Based on field research at mines and in regional capitals, Enough Project completed a report discussing solutions to the illicit conflict gold supply chain from eastern Congo. This trade is worth approximately $400 million per year, according to the U.N. Group of Experts. There is new, growing momentum to address the trade, with 69 refiners, including all of the…

Announcement: We are now accepting applications and nominations for the next EITI Chair.

The EITI is now accepting applications and nominations for the next Chair.

With almost 50 countries implementing the EITI across all major continents, the EITI has become the pre-eminent global standard for the governance of extractive resources. This is an outstanding opportunity to lead a high level Board that seeks to ensure that natural resource wealth becomes a key engine for sustainable growth for economic development and…

As some of you know, I left Rio Tinto a few weeks ago after a great few years with a great company to set out on my own. I am now the Principal at Yirri Global. 'Yirri' is a Kuku-Yalanji word (a very active Australian Aboriginal language from North Queensland, spoken by a group of people with whom i have had very close contacts for more than 35 years). The word can be defined as 'flowing water' but it is also the name of the father and grandfather of my great mentor, brother and friend, the…

ELL Blog Series: Is Ebola a crisis for the poor?

Estelle Levin Limited (ELL) has been publishing a blog series called ‘Living in the Shadows Ebola’ since October 2014, that ELL associate Babar Turay has written on the effects of Ebola on Sierra Leone, and in particular its diamond mining district of Kono. This is the final blog in the much coveted series. The original blog post can be found…

Dear Friends and Members of the IGF:

The Secretariat is pleased to present you with the latest monthly newsletter to the network of IGF members, observers…

Where's the Market for Artisanal and Small Scale GEMSTONE Miners ?

While artisanally mined Gold is getting fairly good airplay,  we rarely hear of the gemstone miners and the challenges they undergo or the opportunities that exist within the sector.

One of the struggles of Artisanal and Small Scale Gemstone miner is access to Market. This isn't a call for Fairtrade certification,  more of asking how can we open up the supply chain to better benefit the gemstone miners ?

Hi all - I wanted to let you all know about a series of articles NRGI are writing on fall in commodity prices.

We and some of our partners are exploring the impact of low commodity prices across developing and emerging economies, as well as the solutions open to countries facing lowered investment, reduced government revenues, and increasing deficits. The series kicked off in February 2015, when the Financial… 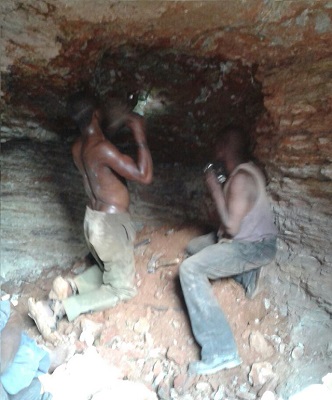 "Lack of technical capacity", "Low technical skills", "Highly labour intensive", "Poverty driven", "Little or no geological information", "Strained or lack of financial resources". These are some of the phrases commonly articulated with reference to the artisanal and small scale mining sector in Africa. While based in fact, little has been done…

Representatives of the Swiss government, commodity traders and transparency advocates clashed at UNCTAD's Global Commodities Forum on 13 April over what form of regulatory regime is needed to clean up the commodities trading sector in Switzerland.

Spatial Dimension is pleased to announce that FlexiCadastre has been chosen as the new mining cadastre and geodata information system for the Republic of Guinea Bissau.

Guinea Bissau recently went out on international tender for a new mining cadastre and geodata system through the Technical Assistance to the Extractive Industries Project (PATSIE). The aim of the PATSIE project is to increase the capacity and improve the performance of Government institutions in the extractive sectors…

Dr Steve Manteaw, co-chair of Ghana’s Extractive Industries Transparency Initiative (GHEITI) representative has suggested that Ghana should explore the possibility of receiving royalties or her stake in kind and not cash as has been done all these years for the state to maximize the revenue generated from extractive companies especially those in Mining.

The Miracle That Became a Debacle: Iron Ore in Sierra Leone

Resource-rich, developing countries are experiencing deep turmoil due to low commodity prices. In many West African countries such as Sierra Leone, Guinea and Liberia, the future of some large iron ore projects, under development for the last five years, is looking uncertain. These projects were conceived when iron ore prices were at historical heights, and officials and citizens…

For those with an interest in arbitration and dispute resolution in the MENA region the TDM 2 (2015) - Arbitration in the Middle East: Expectations and Challenges for the Future is potentially of interest:

First country to be validated against the 2013 EITI Standard.…
Continue

Nigeria’s EITI report points the way for the new government

Nigeria’s EITI report points the way for the new government

Will the new government address the challenges…

Africa's Minerals for Development: the role of Transformational Leadership

The narrative of an Africa rising has been the most dominant one in the last decade as the continent has averaged 5 per cent a year growth. [1]  Unfortunately, this growth has been non inclusive as the impact on employment generation and social development has been exacerbated by the failure of most African economies to structurally transform themselves. This failure has been worsened by trends in the world economy,…

My name is Avery Grau I am a graduate student at the University of Edinburgh. I am currently looking for research for my dissertation.  I am looking at the relationship between China's position in Zambia’s copper mining industry and how this has contributed to the rise in anti-Chinese sentiments in Zambia, in particular I am looking at social unrest in the form of strikes and protests and political discourse. If anybody has any suggestions on possible research suggestions…