The subnational effects of the natural resource curse: Three-session panels at LASA 2018

For the first time the annual Congress of the Latin American Studies Association (LASA) will take place at an European city: Barcelona. Also, for the first time, LASA will host three panels on the emerging literature of the "subnational resource curse". The main objective of the sessions is to review and discuss empirical research on the…

In a move that will hopefully reduce corporate tax avoidance in Zambia’s mining sector, multinational companies must now document all their “related party transactions” to show they aren’t using them to reduce their tax bill.…

Anjin Return: An Acid Test For The New Dispensation

Oil revenues in Ghana are already a significant contributor to the West African country’s economy, contributing $3 billion between 2011 and 2015 – a reality accompanied by high expectations that the presence of rich natural resources will translate into development and economic returns. At present all of Ghana’s oil comes from offshore fields south of Ghana’s coastal Western Region, in the South Atlantic, but…

HUMAN RIGHTS AND THE ENVIRONMENT / WEBINAR SERIES PRESENTATIONS AND RECORDINGS Description:
The NBSAP Forum, along with the Forum for Law, Environment,…
Continue

The Democratic Republic of Congo adopted a new Mining Code, but industry and government are at loggerheads over taxation.  …
Continue

How Can Universities and NGOs Support Women in Artisanal and Small-Scale Mining?

A key challenge facing the artisanal and small-scale mining (ASM) sector is its gender imbalance. This inequality results in reduced opportunities for women, including a lack of land rights, an inability to access resources, a lack of access to education and a lack of economic empowerment.

Although various policies and initiatives have been…

Stop Banging Your Head on the Desk: Make Sense of Your Compliance Data

Regulatory compliance. Two words that can send a shiver down the spine of the most experienced Project Manager. While compliance makes a lot of sense (in most cases that is), it shouldn’t slow down or have a negative impact on your operations.

Put simply, trying to be compliant means doing things the right way, according to laws, policies and regulations. While many of them are imposed by local authorities like governments, others represent a choice that an organization made at some…

I wanted to remind you of our sixth annual Executive Training on Extractive Industries and Sustainable Development, organized by us at the Columbia Center on…

Lifting, Cost Recovery and Performance of Oil and Gas Non-Tax Revenue in Indonesia

In the past year, the public debate in the oil sector in Indonesia revolves around the gross split scheme, which is meant to replace the production sharing contract (PSC) scheme. The urgency to adopt gross split is mainly grounded on the issue related to the cost recovery which has been unresolved for years. Publish What You Pay (PWYP) Indonesia highlights several issue around cost recovery and lifting also its correlation with the performance of oil and gas non-tax revenue in Indonesia.…

Working Collaboratively for Solutions in Mine Closure

A mining operation which is considered consistent with sustainable development is one whereby planning for closure is present during the entire operation of the mine. With mines having a finite life span, it is important to ensure there is a plan for mine closure and post-mining transition once the economically viable products have been…

The French oil company Total becomes one of the first major oil companies to announce that they will advocate for the public disclosure by countries of their petroleum contracts and licenses. By coming out in favour of contract transparency, the company is joining ranks with mining giant Rio Tinto, as well as smaller oil companies Kosmos Energy and Tullow Oil. In a statement, EITI Chair, Fredrik Reinfeld…

How Mongolian herders reached a historic agreement to address grievances with Oyu Tolgoi Gold and Copper Mine: An Interview with Nandia Batsaikhan

Nandinchimeg (”Nandia”) Batsaikhan is a Mongolian-based facilitator and mediator who has worked on Compliance Advisory Ombudsman (CAO) cases in Mongolia since 2013. Prior to working for CAO, she worked…

Contract and Licensing Transparency in the Extractive Industry

What Makes an Accountable State-Owned Enterprise?

This commentary was originally posted on the Brookings Institution’s Future Development blog on 26 March. It was co-authored by Daniel Kaufmann, president and CEO of the Natural Resource…

What Democratic Republic of Congo's mining reform means for Africa 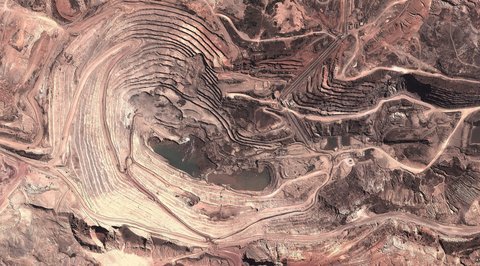 The Democratic Republic of Congo (DRC) has undertaken a bold reform in its mining sector. In March this year, DRC’s president Joseph Kabila signed into law a new mining code that increases royalties and taxes that mining companies pay. This happened even in the face of strong objections from international mining companies…