While mining and oil companies are reliant on the location of the ore or the deposit and as a result cannot move to as many jurisdictions as companies in other sectors, the size and front-loaded nature of many mining and oil investments mean that fiscal incentives granted during the early years of the project can, in some cases, make an investment project pass the necessary hurdle rate. In others, however, companies may request or governments offer incentives that are unnecessary, costly or…

Employment from Mining and Agricultural Investments: How Much Myth, How Much Reality?

Employment creation is often seen as a key benefit of investment in natural resources. However, this benefit sometimes falls short: job estimates may be inflated, governmental policies may fail to maximize employment generation, and, in some cases, investments may lead to net livelihood losses. A more thorough examination of employment tied to mining and agricultural investments is thus useful for assessing whether and how employment from natural resource investments contributes to…

See link below for press release and report…

Associated Petroleum Gas (APG) is a form of natural gas that is found associated with petroleum fields. APG is often flared or vented for regulatory, economic or technical reasons. The flaring, however, is problematic from health and environmental perspectives. Moreover, flaring and venting APG wastes a valuable non-renewable resource that could be re-injected into the oil field or used for local and regional electricity…

Prepared by guest editors Dr. Ignacio Torterola and Quinn Smith this special addresses the various challenges and changes at work in dispute resolution in Latin America. Perhaps as a sign of the diverse interests in the region, this is only the first volume - a second volume that continues many of the themes in this special from different angles and perspectives is also nearing completion.

You can view the table of contents of the TDM Latin America special here:…

By Dipika Chawla and Warwick Strong 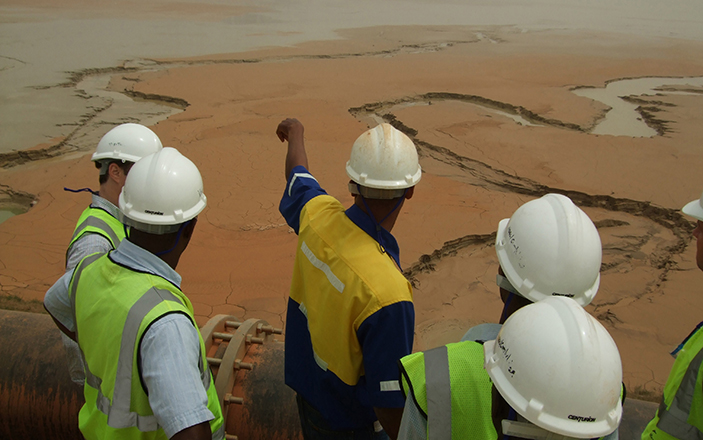 As new reserves of oil, gas, minerals, and other natural resources crop up around the world, multinational companies are seeking to enter new markets and invest in establishing supply chains. Increasingly,…

Resource corridors are holding up results rather than delivering them; poor planning and collaboration are just two problems.

For decades, heads of states, politicians, development partners and academics have discussed the potential of resource corridors. These extractive sites, like a mine or an oil field, are connected to a seaport through purposefully built infrastructure to provide multiple economic activities to drive growth. By boosting trade and…

What challenges do you face in the mining industry?

I’ve been in the mining sector all my professional life, so the issue of gender has always been present.

In the 1980s, I began my career in the UK as one of two girls in a class of 24 men. I would go underground and you could see that people were shocked:…

Can We Reverse the Resource Curse at the Local Level in Indonesia?

Indonesia is a classic example of a country that has overcome the oil curse. This was partly due to wiser spending politics as we weathered extremely volatile global oil prices between 1974 and 1989. Eventually, we moved from an oil-dependent economy to a more diversified one.

Extractives: How sustainable is social investment?

Can the social investment made by extractive companies in their host countries and communities survive company cost-cutting in the commodity downturn?

The extractives industry is facing a bumpy ride, and we’re looking at a long road to recovery. Cost-cutting, efficiency and productivity are all buzz words negatively impacting local communities. Through social spending cuts, community-related projects are often among the first to be shut down. The impact on a…

Breakfast Debate topic: Revenues from the Extractive Industries to Local Government Authorities: Are allocations adequate to end Poverty in Tanzania?

Policy Forum, a network of Tanzanian civil society organisations, recently held a breakfast debate on sharing revenues from the extractive industries with subnational authorities. Entitled: "Revenues from the Extractive Industries to Local Government Authorities: Are allocations adequate to end Poverty in Tanzania?," the debate discussed among many issues the role of local authorities in accountable natural resource management, the…

The Centre for Social Responsibility in Mining (CSRM) at the University of Queensland is undertaking a new a study focused on influx management in large-scale mining. Please see the attached information sheet.

Could Brexit affect the extractive sector in the developing world?

A significant number of mining companies by volume of production and/or market capitalization are listed (or have dual listing) in the London stock market. To a lesser extent, oil and gas producers (notably BG, BP and Shell Royal Dutch, as well as some juniors such as Tullow oil) also have double listings in London. It is therefore legitimate to consider what might be the impact on the mining sector of the process of…

Transfer Pricing and Tax Base Erosion in Africa's mining sector

I wanted to share with you an exciting news; the publication by NRGI of a report and 5 case studies (Ghana, Guinea, Sierra Leone, Tanzania and Zambia) on: Preventing Tax Base Erosion in Africa: A Regional Study of Transfer Pricing Challenges in the Mining Sector.

The researcher Alexandra Readhead and I published an oped…

After enjoying one of the greatest mining booms in its history, Zambia is now suffering. The price of copper has fallen by half in the last five years, resulting in the loss of thousands of jobs and the deterioration of government finances. The signs of an emerging middle class in the country are fading: the shopping malls, stadiums and 3-D cinemas built when copper prices and expectations for the future were high are increasingly empty.