Overcoming the Limits of EITI in Nigeria by Dauda Garuba

Overcoming the Limits of EITI in Nigeria

The 30th edition of the International Board meeting of Extractive Industries Transparency Initiative (EITI) is due to hold in Bern, the capital of Switzerland, on 21 and 22 October, 2015. As the hub of global commodity market, the forthcoming EITI Board meeting presents both an opportunity and a challenge for Nigeria. In terms of opportunity,…

This study is the first comprehensive view on the extractives sector in Kenya and its potential to uncover new opportunities for wealth creation among local businesses. Understanding priority sectors and the constraints that need to be addressed can assure the likelihood of realising the gains of integrating activities of these sectors in the greater economy. 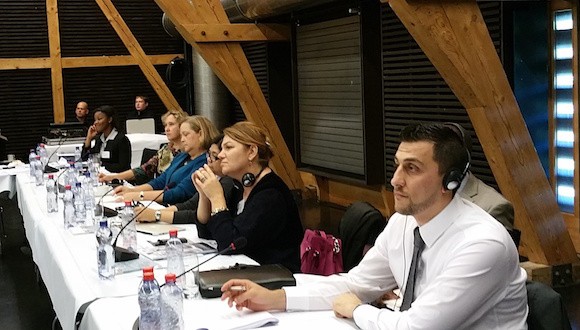 The international EITI Board met on 21-22 October in…

The past decade has seen a large expansion in Chinese foreign direct investment (up to third in the world) representing some USD140 billion in contracts.  The mining sector has been at the forefront, representing around 20% of that total.  Here at the 17th China Mining Congress in Tianjin the impact of that shift is clear. First, there…

A request made to fellow GOXians

As a simple member of the GOXI community, please could I make the following request of everyone contributing to this forum:  please provide basic geographical information.

Geographical context is vital if there is going to be any shared understanding, e.g. (& please note that these are made-up examples):

We are pleased to share our latest publication, done with the E15 Initiative on mineral infrastructure and regional development. It is available here http://ecdpm.org/wp-content/uploads/Synergising-Optimising-Mineral-Infrastructure-E15-Ramdoo-October-2015-ECDPM.pdf

Gemstone extraction has thousands of years of history in Afghanistan. The charming lapis lazuli was extracted 6500 years ago and it has decorated the thrones and statues of Pharoes. Lapis dust was also used as…

An Open Data Concession Map of the World – Part I, Sub-Saharan Africa

For the past year, OpenOil has collected oil concession data from all continents as a contribution to what we believe holds the potential to revolutionise natural resource management across the globe: an open data framework around the extractive industries. Today, we are pleased to announce its next evolution – the first open oil concession…

Wind at SEC’s back on long overdue oil transparency rule

Wind at SEC’s back on long overdue oil transparency rule

In September the municipality of Kautokeino in Northern Norway’s Finnmark county suspended discussions about whether or not to open a gold mine in the area for the next four years. Those who opposed the mine are breathing a sigh of relief, but a lot of work remains to be done in the next four years to clarify rights, procedures and expectations, if the conflict is not going to emerge again.

The municipality has twice rejected proposals by Swedish mining company…

Shared value should be a strategy for specific situations, not dogma

Shared value as a concept continues its dramatic rise in popularity across the worlds of business and international development. The Australian government recently released a …

Today, the International Monetary Fund released its model for evaluating and designing oil and mining deals in resource-rich countries. NRGI welcomes the move. With growing availability of open data on extractives and a growing community of users of such models, it’s an important step toward bettering public scrutiny and understanding of resource deals and the flow of revenues.

What happens when you can search 30 million words of oil contracts?

OpenOil today releases the fourth version of the contracts repository. As my colleague Anton Rühling, writes, there are another 83 contracts, from 29 countries, and some interesting material around the…

It’s almost been a year since we have first launched the OpenOil contracts repository and we are happy to today announce our fourth update: 83 new full-text agreements, including new host government contracts from countries such as …

I am delighted to share with you news about the publication of my new book, Mountain Movers: Mining, sustainability and the agents of change.

In the book I seek to find out how far the mining industry has come in addressing sustainability by speaking to the people, both inside and outside the industry, who have worked to affect change.

I had the privilege of…

How EITI implementing countries see the results of their processes.…

New report on evidence for EITI and other multi-stakeholder initiatives

The Transparency and Accountability Initiative just released a new report on the evidence of effectiveness and impact for OGP and several other Multi-Stakeholder Initiatives (EITI, COST, GIFT, Open Contracting).

The report was authored by Brandon Brockmyer and Jonathan Fox and reviews the available evidence related to these initiatives, discussing emerging lessons and remaining knowledge gaps.

Theatrical Antics, Rural Radio and a Cyanide Spill in Guinea

Theatrical Antics, Rural Radio and a Cyanide Spill in Guinea…

Local content is a thematic broadly discussed between most of oil, gas and mining countries. However, this discussion among most of Latin American countries remains weak. For this reason, Grupo FARO (Ecuador) is currently developing a research on local content frameworks in Latin America. As a first step we have developed a document that describes the research and its main objectives (attached). The project is part of the Evidence and Lessons From Latin America - ELLA (…