Who Owns Oil Rights in the Gulf of Mexico? Use our tool to find out!

This post was originally published on Extract-A-Fact on November 30, 2016

What you need to know about Downstream Audits

Earlier this month the CFSI’s 2016 Annual Conference took place in Santa Clara, California. The Conflict-Free Sourcing Initiative (CFSI) is a coalition of leading companies dedicated to improving the security and human rights conditions in their raw materials supply chains. The event itself is the pivotal annual conference for ethical mineral supply chain monitoring.

Do you know a lot about the intersectionality of Gender and Extractives?

If so, then we want to hear from you!

Each quarter, Oxfam publishes the Gender & Development Journal (www.genderanddevelopment.org). Our November 2017 issue will focus on Natural Resource Justice, through the lens of gender equality and women's rights.

I am attaching our call for papers for this issue, which we hope will be of interest to you. We would be very grateful if you could share it with…

Apply for the two-week resource governance course - "Reversing the Resource Curse: Theory and Practice" 7 May 2017 to 18 May 2017 - Budapest, Hungary.

The Natural Resource Governance Institute and the School of Public Policy at the Central European University are now accepting applications for the advanced course “Reversing the Resource Curse: Theory and Practice.” 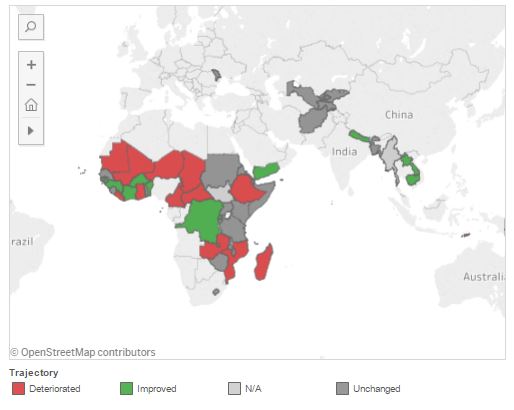 The Nationalization of Erdenet Copper – Challenges for SOEs

At a recent Standing Committee hearing, Ts. Nyamdorj, Vice Speaker of the Mongolian Parliament asked to meet with the new shareholders of the Erdenet Mining Corporation, especially the secret boss (link). The deal, which saw 49% of ownership transferred from Russian to Mongolian ownership indicates the Kremlin’s desperate economic situation as well as declining geostrategic interests in Mongolia (link). This…

Indonesia: model + EITI data = insight into how the mining regime is really being applied

No single issue dominates the third model in OpenOil’s collaborative series with partners, that of the Batu Hijau copper and gold mine in Indonesia (model and project documents), with Maryati Abdullah (interview) and Rizki Ananda (interview) of…

How to get mandatory disclosure reports delivered to your inbox!

This post was originally published on Extract-A-Fact on September 28, 2016

E Pluribus Unum (out of many one)

Consider editing a major planning document with 5 federal agencies, 3 agencies each in 6 states, 15 non-profit organizations, three to four layers each. That equals ninety commenters and thousands of comments over multiple drafts. That’s any author’s nightmare! Comments come in late. Multiple commenters from a single agency contradict one another. A new high-level commenter suddenly demands a host of changes without any context, history, or understanding of why you are where you are. This is…

Prepared by Dr Tina Hunter (Aberdeen University Centre for Energy Law) this special on Emerging Issues in Polar Energy Law and Governance provides a up-to-date analysis of many aspects of a rapidly changing region, and the legal issues that dominate the Polar regions.

To fill the online questionnaire: https://www.surveymonkey.com/r/SBAStakeholderSurvey_EN

The Chinese government’s pronouncement of its “going global” national…

Applications for the Asia-Pacific Knowledge Hub Program open until November 13, 2016

The Asia-Pacific Knowledge Hub Program, a two-week course on improving the governance of extractive industries from the Natural Resource Governance Institute and the Department of Politics and Government of Gadjah Mada University (UGM), is now accepting applications from interested participants.

English-language training activities will take place at the UGM campus in Yogyakarta, Indonesia, from 9-21 January 2017.

New Practical Community Guide: When Oil, Gas or Mining Arrives in Your Area

We are delighted to publish the first in our series of open financial models to be produced with teams from government, civil society and the private sector from all over the world - using only publicly available information.

Brazil’s Libra field has been the subject of intense public interest since the deal for it was announced in 2013. It is the flagship for the country’s attempt to become a major global exporter. The massive field lies 250 km offshore in the pre-salt – under 2,000…

I am starting new research on the impact of land displacement and dislocation, as a result or the development of the extractive sectors, in sub-Saharan Africa.  I would appreciate on articles or reports that you can recommend as a starting point.  I will be using Chad as a case study.  Many thanks!

Technologies currently being deployed in the mining sector will mean that the mines of the future look much different than today’s operations. Among the major changes will be fewer employees, thanks to labor-saving innovations. Yet local employment and employment-related procurement are major drivers of host country benefits, and an important part of the shared-value proposition.

In a joint study by the …