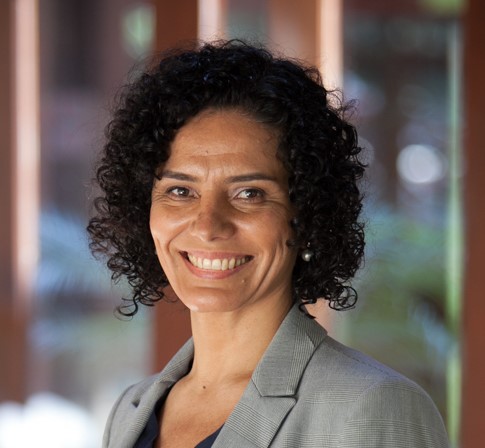 What happened - describe the dam failure, and its impacts on people, the environment?

In November 2015, the Fundão iron ore mine tailings dam failed in Brazil. After the damn break, 39 million meters of iron ore tailings spilled into the Doce river, and from there to the ocean. Of this, 18.9 cubic meters of tailings flew through the river and reached the sea. The tailings released into the river lead to numerous cities’ water supplies being cut, and disrupted biodiversity along the river.

The dam failure impacted 39 municipalities in the states of Minas Gerais and Espírito Santo. This occurred along a 650 kilometers path to the mouth of the Doce River, where the river meets the Atlantic Ocean.  In Minas Gerais, the dam collapse affected the districts of Bento Rodrigues and Paracatu de Baixo, in Mariana, and Gesteira; the district of Barra Longa was affected. In Espírito Santo, the affected cities were Baixo Guandu, Colatina, Marilândia and Linhares, where the mouth of the river is located.

Because of the collapse, 13 employees and contractors working in the vicinity of the Fundão dam died, as well as five people from nearby communities. One person is still missing.

How did the Renova Foundation come to exist? What is its role?

After the dam break, the government founded Renova foundation.  The Renova Foundation was created to develop actions to mitigate the impacts of the dam failure. Its creation was defined in a legal agreement composed of companies – Samarco, Vale and BHP, and by the executive power of several federal entities.

The foundation’s mission is both to compensate the people that were impacted by the dam break and to mitigate the environmental impact. The work of Renova Foundation is divided into the social environmental program and social economic program.  The Social and Environmental Program focuses on remediation for water and biodiversity, and repairing the damage caused in the Doce river basin through forest restoration.

In the river, we conduct different types of treatments to manage tailings, in particular the removal of waste. We also recompose soil structure, work on forest recovery and promote the enrichment of aquatic biodiversity.

Because the tailings spill reached the sea, we are developing a strong monitoring system. One challenge is that the type of impact caused by the damn break is unique in the country - we do not know how it affects marine flora and fauna. On behalf of the Brazilian environmental agencies, we have set up 92 stations that monitor water quality. We report that information back to the environmental agency. We are proud to say that the 650 km long Doce River is the most monitored river in Brazil.

In addition, we are repairing water treatment stations in 10 different cities in Brazil.  We initiated a program to transfer resources, technical support and training for municipalities to invest in basic sanitation and disposal of solid waste. This initiative was recognized by environmental agencies as a flagship program to be used as good practice for other compensatory programs dealing with water contamination. This way, we help 39 cities to improve their sewage systems.

Why were the consequences of the dam failure so serious?

We don’t know all impacts of this event – monitoring is still underway to understand the impact the dam break has had on the water and biodiversity.  Another challenge is the relationship with the people and the river. People living in the affected areas believe that the water is contaminated and a risk to their health. It is difficult to make people understand that after we have treated the water, it is suitable and safe for consumption. Fishermen stopped fishing because fishing was banned following the dam failure. We need to obtain data on toxicology to assess how the chemical compositions of the fish tissues are affected by the spill.

Describe the work you do now to remediate/rehabilitate/assist communities? What have you seen so far in the remediation effort that has made the most difference?

We have two programs to support the affected population. The first one is financial aid, which has reached about 60,000 people.

The second program is for resettlement, enabling affected people to start a new life in a different location. The dam break destroyed three villages, requiring resettlement for 362 people. We plan to deliver the resettled homes at the beginning of 2019, following participatory discussions with the local community, supported by the district attorneys. In addition, we are working with  247 rural producers who were directly affected by the waste plume, and lost production area or cattle grazing area. In addition to other activities, we also offer physical and psychological health services to the affected population.

What are some of the most significant lessons drawn from the dam failure? How can other regions avoid a similar fate if they are managing mine waste?

We are now working with 70 state organizations including environmental and urban agencies. In order to mitigate the dam failure’s impact, the Brazilian federal government created the inter-federal committee. We work together in this space, discussing all aspects of our work. Our role is to mitigate the impact of the dam break in collaboration with government, societies and companies in a very complex system. This requires us to collaborate with many different stakeholders.

People have to live in harmony with the environment. We need to balance social and environmental relations. Many locations are vulnerable to these kinds of disasters. The dam break came as a surprise to many municipalities. It is important to have a better territorial planning process so that people know more about the risks they are facing in their communities – this would help to prepare the community to respond to an unpredicted event.

It is increasingly important to develop and implement public policies that prepare the local community and equip it with tools to respond to these types of disasters in a preventive manner.