Some thoughts about coal, climate and the role of private (financial) sector! 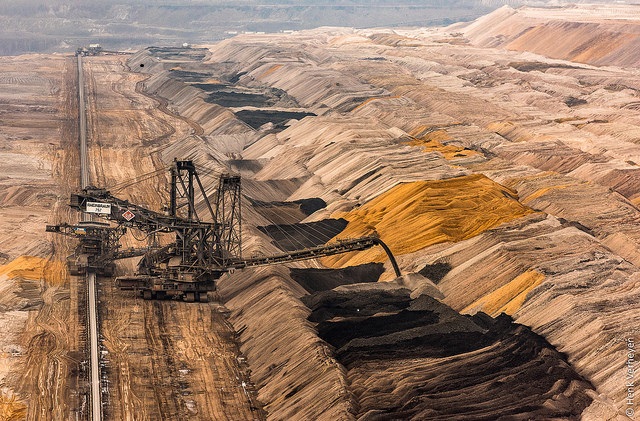 The world’s biggest banks are continuing to fuel climate change through the financing of extreme fossil fuels (Banktrack, 2017). The funding provided by banks for extreme fossil fuels (like tar sands, Arctic and ultra-deep offshore oil), coal mining and coal power remains worrying, despite a steep decline in 2016.

Coal mining: While many U.S. and European banks have begun to put policies in place to curb financing for coal mining, in the last three years major banks have financed it to the tune of $57.92 billion. Bank of China and the three other Chinese megabanks are at the top of the list, with Deutsche Bank as the top Western banker of coal mining. (Banking on Climate Change Report, 2017)

Coal power: With no room in the global carbon budget for new coal, as well as a need for winding down existing coal plants, it is worrying that financing for coal power is on an upward trend in the last three years. Overall, big banks financed $74.71 billion of coal power, led by China Construction Bank and its three other Chinese peers, with JPMorgan (Banking on Climate Change Report, 2017)

In my humble opinion, it has been more than sufficiently demonstrated and concluded that coal mining and power operations belong to the 19th or 20st century. Don’t we all know that they have grave impact for the climate which we cannot afford any longer? Furthermore, these coal mine operations require huge amounts of land and are very often ‘risky business’ with not a very bright track record causing serious pollution, impacting the health of surrounding communities, and very often violating fundamental human rights (like forced resettlements, contaminating critical drinking water supplies, destroying community livelihoods or responding violently to peaceful protesters).

Coal should be phased out as soon as possible; this also implies that special efforts are needed to provide new future perspectives for the (few) people employed in this sector. Alternatives in f.e. renewable energy are plenty, available and feasible.

I strongly believe that very often it ‘just’ takes some courage (and political will) to take clear decisions in the best interest of the society as a whole. Although this ‘best interest’ is not seldom interpreted quite confusingly when politics come into play, allow me to argue that in the case of coal mine, the picture is pretty clear: coal is out; there are far better and cheaper alternatives available.

Banks are a key player to support a transition towards more sustainable living and livelihoods. In their role to serve the best interest of the societies they operate in, bank should adopt and implement policies that ensure rapid phase-out their investments in fossil fuels. However, various reports, just like the one of Banktrack, continue to be published demonstrating that banks still are funding the exacerbation of climate change. Their message is clear: “banks must bring their business practices into alignment with a 1.5° world, while respecting human rights and Indigenous rights…”.

How can we get banks to really become a part of the solution instead of financing the problem? How to we push banks to stay away from these climate change fueling projects and companies? How can we ensure banks to respect their (at least moral) obligation to defend human rights? How can we get banks to adopt and implement broad-based commitments to phase-out financing for the coal industry? It is through growing public pressure or do we need to wait till there is a sufficiently lower financial return on their risky investment?

Can you share of any good practices of financial institutions in the countries that you work in that stepped away from coal mining?

Thanks for sharing more to defend your position on the issue.

Well, а proof that mitigation of the global warming effect of coal energy application through the research, development and application of coal power generation technologies which mitigate its global warming, or through its conversion into liquid and gas fuels, won’t succeed or costs the world more than through the ban of coal energy and its replacement with the clean renewable and nuke sources is what would justify the activists’ call for coal energy ban in the world.

I don’t you or they can base the call for coal energy ban in the world on that proof!

Hi Martin, I will be happy to receive your one million dollar :-)

just some (political) courage and (visionary) business leadership will do in my opinion, it is up to politicians with interest in the 'general welfare' to regulate funding in fossil fuels (f.e. oblige banks to invest only in phase-out projects of coal, or transition projects; or demand a 10 to 1 ratio of bank investments in renewables vs fossil/coal, etc.). Unfortunately, such politicians seems hard to find, or have little real power...
Second, it is up to the civil society (let's consider Goxi part of this) to insist and stress that indeed coal IS out and SHOULD be out!
In order to further strengthen this last argument, i briefly would like to refer to a recent article by Christiana Figueres and colleagues in Nature, where she clearly poi.... Or as Greenpeace once put it in their popular T-shirts of the 80's and 90's: NO TIME TO WASTE!

ps: the article also states: "There are three pressing and practical steps to avoid this. ... Third, encourage optimism." :-) Yes we can?!

Аs well as that, replacement of coal energy sources with the alternative cleaner energy sources could also impact more on the environment for more global warming effect.

Could it be one of the approaches which make the existing dirty coal energy sources not the most profitable option for some communities and countries, and their public and/or private financing to go for?!

Thanks Piet for this great posting. I have a few comments on it though. The article is based on a strong assumptions that everybody has bought into the idea that 'coal is out'. This is not the case. There are  a number stakeholders - countries and communities that have not bought into the narrative that coal is out or should be out. How to bring these parties to support efforts aimed at migration to clean energy, including energy projects financing by banks, is one of the challenges confront.

The second implicit assumption is that banks are moral institutes, but there not. They may sugar-coat what they stand for, but they are basically profit-chasing institutions. A fundamental question that emanates from your posting is why are banks still finding it profitable to invest in fossil energy? One can only postulate that the banks still find it profitable to do so. It follows therefore, in my opinion, to make banks change their financing of coal mining and power generation, focus should be put on making such financing unprofitable? How this should be done is the million dollar question.

The clarification I promised follows below:

My view is that Banks should be allowed to continue financing the provision of our growing power needs through the fossil fuel sources intensifying global warming due to the following reasons:

That is, incentivizing of the R&D of the technologies of fossil fuels and non fossil fuels based provision of global competitive power supplies in terms available capacity, cost, environmental friendliness, etc, should be left to address the global warming effect of power harnessing from fossil fuels, and the sources which would be serving the power needs of global markets in all times.

Challenges of my view re very welcome. And, fill free to ask for clarification where not yet clear to you.

Next time I will remember to avoid my bad writing habit. I will not put in one long sentence any more. Would clarify soon when get free from what I’m on right now.

hi Antipas, thanks for your comment. could you please be so kind to re-write your one sentence into a dozen or so? it doesn't read so easy and like that your message is hidden between all comma's... :-)  Don't take this critique in a bad way, I really would like to understand your argument but in this way I cannot. many thanks in advance!

Considering that banks wouldn’t continue spending available finances in the provision of growing global power needs through the global warming fossil fuels when the available finances could already finance provision of the same through other lesser global warming power sources, and that,  most of the continuing financing of the provision of the growing global power needs through fossil fuels is to replace depleting fossil fuel sources which are non-renewable, as well as, to sustain the availability of sufficient and affordable power supplies to the global needs growing in conditions of non-availability of lesser global warming power sources which would provide the same sufficiency and affordability; would say that the call for banks to cease financing fossil fuels global power sourcing is counterproductive, hence suggest it should be replaced by a call for the intensification of R&D in the generation of lesser and lesser power consuming equipment, machines and systems to impact a reduction, and even  a reversal of  the growing global power needs, as well as is in the generation of lesser global warming power generation technologies which are as cost effective as available global warming fossil fuels power sourcing technologies, and even more cost effective.