The EITI in Kiev: Ukraine's road to reform

Day 1 of the EITI week in Kiev. 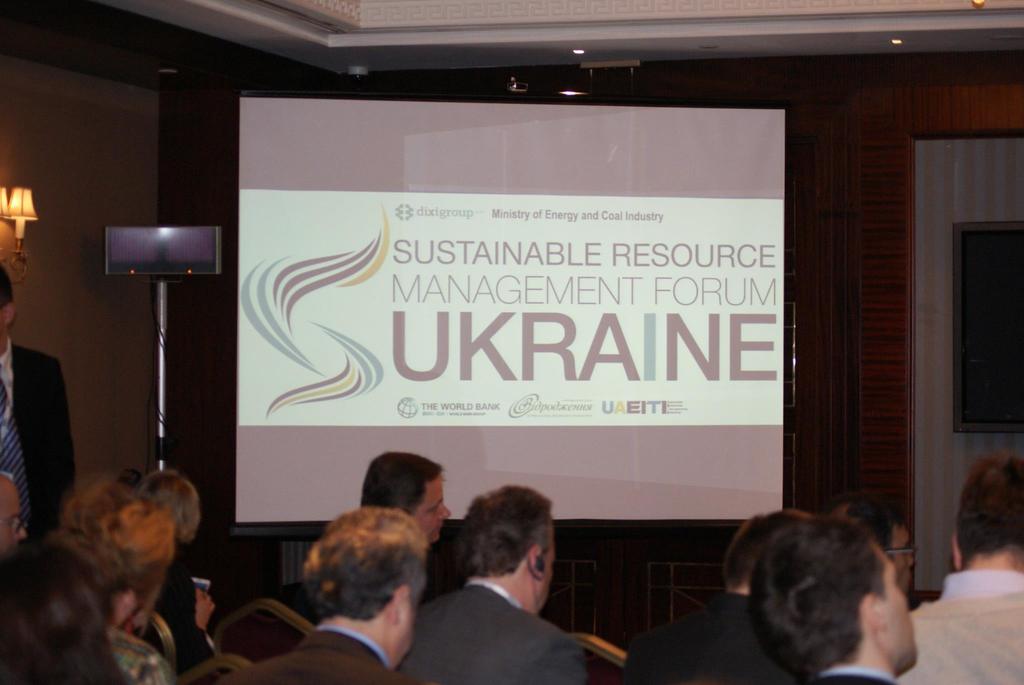 The first Ukraine EITI Report was launched at the Sustainable Resource Management Forum in Kiev.

The 2014 Revolution of Dignity shook Ukraine, but also brought hope that the country was on the cusp of a new era. Having signed up to implement the EITI in the months before the revolution, the challenge was to turn the rhetoric about transparency into reality. So there was a palpable sense of achievement at the opening of the Sustainable Resource Management Forum on Monday. After months of effort to engage government agencies and companies (including state owned enterprises), Ukraine’s much anticipated first EITI Report has been published.

The Minister of Energy and Coal Industry Volodymyr Demchyshyn opened the Conference. “One cannot fish in dirty water,” he said. “We are committed to ensuring that our citizens have access to accurate information about the ongoing work [of energy sector reforms].

“The report provides a platform for discussion and it is great to see such interest from public”, he added.

Olga Belkova, leader of the Energy Committee in Ukraine’s Parliament, reinforced this view: “I need this information to be an effective political leader … The EITI report is a social agreement between stakeholders. Our oil and gas industry can become a sector we can all be proud of” she said.

Participants at the National Forum agreed that EITI implementation could play an important role in energy sector reforms, and help attract much-needed investment. World Bank Director Qimiao Fan stressed the need for urgent reform of the sector to overcome bureaucracy and corruption. The EITI Report opens a way to a greater transparency of the natural resource exploitation market where all players have to work in transparent and unifies rules,” said Minister Demchyshyn.

Tellingly, stakeholders were already looking ahead, with a range of proposals put forward for strengthening the reporting process, and extending it to new areas.

“Keep in mind that the next EITI Report will also have to cover the mining sector”, noted Jonas Moberg, the Head of EITI International Secretariat. “This report is a big step forward, but there is a lot more work to do”.

“This is only the beginning in our efforts in putting our country back on its feet” said EITI National Coordinator Dina Narezhneva.